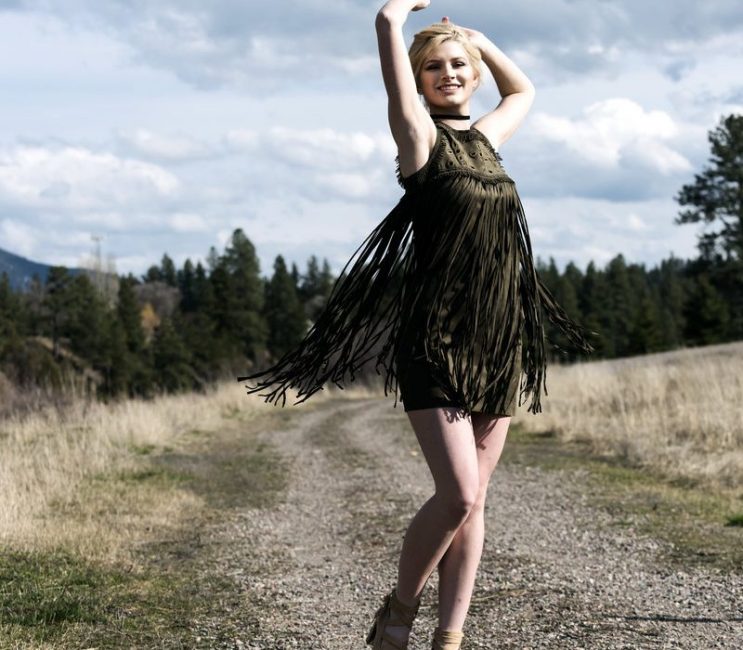 “I’m not the usual pageant girl,” Brooke Bezanson said by way of describing herself. To this year’s Miss Montana, the secret to success was actually pretty simple: authenticity. “I just answered their questions as honestly as I could,” she said.

Brooke is a tall, cosmopolitan-looking 20-year-old with a platinum bob, but something about her blunt, down-to-earth approach to answering interview questions comes across as distinctly Montanan, in a wonderful way. During the course of the conversation, she makes no move to dodge questions, obscure the truth, or embellish her accomplishments. She is who she is, and she’s 100% OK with that.

Turns out the judges at the Miss Montana USA pageant this past September really appreciated her directness. Taking part in the competition was a bit of a last-minute decision for Brooke, who started prepping for the event just a few months before it took place. “I practiced walking in heels and spent some time choosing outfits, but mostly I focused on interviewing,” she said. “I just wanted to figure out what I knew and how to represent myself well.” Round after round, she was surprised to hear her name called back up to the stage. But in the end, she took home the crown.

Now, more than six months later, Brooke has grown a lot in her role as Montana’s reigning beauty queen. A sophomore at the University of Montana studying media arts, she decided to take the spring semester off from school to spend time getting ready for the Miss USA competition this month, but she continues to push herself. In addition to working two jobs, she spends between two and three hours at the gym each day. She also appears at local fundraisers, travels to events, models, and speaks to schoolchildren about dyslexia awareness.

Brooke is casual about her success as a first-time beauty pageant contestant, but she has a long history of achieving well in the face of struggle. She chose to focus on dyslexia awareness as her platform because of her own diagnosis at age 7. “I needed a planner with me 24/7, or I’d forget,” she remembers. But with focus, she did well in school, excelling in sports—especially golf, which she gets from her parents—and discovering a passion for drawing and animation.

Although her latest adventure has brought a lot of new experiences to the forefront, Brooke remains focused on the ambitions that grew from her childhood connection with cartoons. “I never quite grew out of it,” she said. “I’d spend hours drawing and creating characters and writing outlines.” After this year, she plans to move forward with an animation degree and find a job at a movie studio. She loves the process of storyboarding and character development, and ultimately her goal is to become a director.

But first, Brooke still has a lot of smiling, walking in heels, and interviewing to do. With the Miss USA pageant only a few weeks away, she’s preparing herself for even more public attention—this time in front of a huge audience and on national television. She’s admittedly quite nervous, but this spring she’ll have an advantage she didn’t have last September. “This year has been the biggest confidence boost I’ve ever had,” she said. “It’s taught me to take more pride in my life and how I present myself. I really enjoy learning how to be the best ‘me’ I can be.”